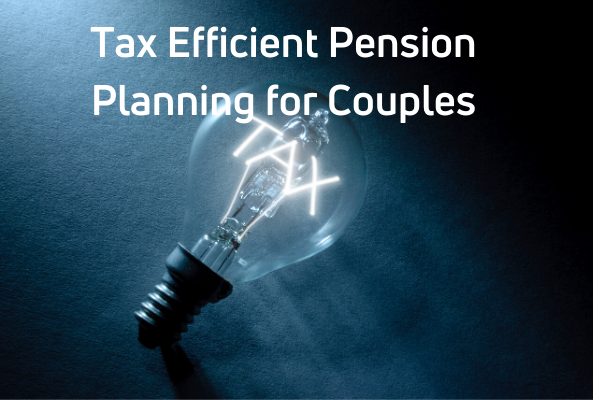 It would not be uncommon for many directors of small businesses to also have their spouses working in the business. These would range from active directors to part-time workers.  Many companies fund for a ‘joint pension’ for the couple in the name of one director only, but there are many advantages of putting in place a separate pension structure for each spouse.

Take the example of a husband and wife who run their own company. Both are full time working directors in the company; and each draws a salary that would allow the company fund a pension.

Scenario 1 – the company funds a pension in the name of the husband only to €1.6M. It is intended that this pension will provide an income for both in retirement.

Scenario 2 – the company funds two separate pensions for the two directors of €800K each.

In both scenarios the company has funded €1.6M in pensions for the benefit of the directors; and therefore availed of the same level of corporation tax relief against the pension contributions.

But are there advantages to them personally of pension funding separately rather than funding in one name only for the benefit of the ‘couple’? Let’s look at a couple of advantages.

By funding two separate pensions and each director taking advantage of their personal allowance for a tax free lump sum at retirement, they pay €40,000 less tax.

The Standard Fund Threshold  (SFT) is the Revenue limit on the amount of pension benefits that an individual can build up without being subject to severe tax penalties. The SFT is currently €2M. Each director has an individual SFT for the pension accrued in their name so the couple could fund up to €4M tax efficiently in two separate pensions, with neither going over €2M.

The two directors may have different planned retirement dates. Separate pensions allow them to draw down their benefits at different times. Once the funds have transferred to the ARF post retirement, there is a requirement to draw down a minimum income annually (from age 61). The income drawdown and associated income tax liability could be managed more effectively by staggering the timing of draw-down of the two pensions.

As with all issues pension-related, the most appropriate strategy for each couple will depend on their own specific circumstances. The sooner the discussion starts, the sooner the most tax efficient solution can be implemented.

Contact Harvest to discuss any executive pension query on 01 2375500 or email justask@harvestfinancial.ie.

This material is not intended to provide advice and is provided for general information purposes only.

June 1, 2021
Month in Review Once again, inflation is the headline grabbing theme for markets over the past month. Figures published over recent days in the US...

What you can do for your Financial Advisor