Brexit and the Markets – update by Terry Devitt, Investment Director

As the 31st of October looms ever closer, and the UK political landscape apparently as dysfunctional as ever, the prospect of a hard Brexit looks increasingly likely. While there are significant parliamentary and legal moves being considered to prevent such an event, these appear somewhat unfocused and disparate at the moment and carry no guarantee of success. The question is what does this mean for investors, both in the short and long term. As the outcome will most certainly be complex, it might be useful to consider a response to this question under a number of different headings:

A hard Brexit will almost certainly drive Sterling into something of a tailspin against the major currencies and Sterling could well move to parity against the euro. Much of this effect may happen in the weeks running up to October 31st as markets anticipate events. Even if a hard Brexit is prevented/postponed a bounce in Sterling from current levels is unlikely without a clear alternative plan.

Even ignoring the backstop question, a hard Brexit will be materially damaging for the Irish economy, given the volume of trade disruption which will most certainly occur in its wake. While there is likely to be a significant programme of EU supports provided to Ireland, these are likely to take some time to kick in and there could be a prolonged period of uncertainty.

While the UK equity market has lagged other major markets this year, it has still risen by some 8% in euro terms. This is at least partly explained by the number of global companies listed in the UK. Share prices of indigenous companies have fared less well and are well behind global equity markets this year to date. As we get closer to 31 October, UK equities will become increasingly vulnerable and a downward correction in prices is quite likely over the coming weeks.

For Global equity markets, Brexit is less of an issue. Their direction over the coming months will be determined by the prospect of recession in the US and Europe and by developments in relation to the US China trade dispute.

Developments in recent months now point to interest rates in the US and Europe remaining lower for longer and even trending down in the US. A hard Brexit may well lead to the opposite happening in the UK. As a falling currency leads to imported inflation, the Bank of England may be forced into raising rates to counter these trends.

When markets are as uncertain as they are currently, our general advice is to focus on income. Income is the ultimate measure of value. Not only is it a good compensation in volatile times, but investments producing a stable predictable flow of income will tend to be more stable than average when markets in general are fluctuating. Please contact you Harvest on 01 2375500 about our Cash Alternative and Income Strategies which are specifically designed to produce long term predictable returns through times such as these.

This marketing material has been provided for discussion purposes only. It is not advice and does not take into account the investment needs and objectives, financial position, risk attitude, liquidity needs, capital security needs and;or capacity for loss of any particular person. It should not be relied upon to make investment decisions.

Warning: The figures refer to the past. Past performance is not a reliable indicator of future results. Warning: The return may increase or decrease as a result of currency fluctuations. 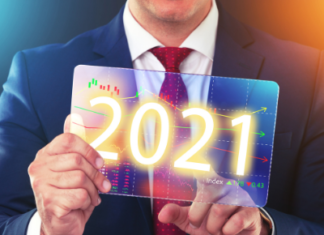 Independent Trustee Firm of the Year

Own Your Pension Fund at Retirement